Himachal Pradesh is located in the western Himalayas. Surrounded by majestic mountains, out of which some still challenge mankind to conquer them, the beauty of the land is beyond imagination. Shimla, one of the most captivating hill stations, is the capital of the state.

Kullu in Himachal Pradesh is one of the most frequented tourist destinations. Often heard along with the name Manali, yet another famous tourist spot, Kullu is situated on the banks of Beas River. It was earlier called as Kulanthpitha, meaning The end of the habitable world. Kullu valley is also known as the Land of God's.

The word Manali is regarded as the changed name of "Manu-Alaya" which literally means "the abode of Manu" Legend has it that sage Manu stepped off his ark in Manali to recreate human life after a great flood had deluged the world. Manali is also often referred to as the "Valley of the Gods".

Shimla town is located in mid hills of western Himalayas. Shimla came into being in 1817 when the British discovered it. Shimla is one of the most popular tourist destinations of India, is also the state capital of Himachal Pradesh. Known as the Queen of Hill Stations...

The spectacular beauty of Chamba has made this place dear to nature lovers. Located on the banks of River Ravi and at an altitude of over 900 meters above sea level, Chamba makes an excellent holiday retreat.

'The Scotland of India', as Dharamshala is famously referred to, has snow-clad mountains on three sides and valley on one side. The mountains being over 4000 m height, you can have an excellent view of them from every viewpoint. Pine trees and tree gardens along with snow covered mountains render magic to the air.

Retaining not only the colonial looks but also the name, Dalhousie, was named after Lord Dalhousie, who was the British governor in the 19th century. This hill station is spread across five hills. The varying altitudes of the land have a wide range of vegetation including pine, oak, and deodar.

One of the scenic valleys in Himachal Pradesh, Kangra, is not just rich in nature but also in history and culture. It has a rich past, which could be gauged by the fact that its name is mentioned in the epic Mahabharata.

Kasauli is situated at an altitude of 1927 meters and like a few other places in Himachal Pradesh reflects the influence of colonial rule. The views from here are spectacular. The serenity of the place is enchanting.

Solan is famously called 'The mushroom city of India', is a beautiful city located amidst scenic snow-clad mountains and forests. Mushroom farming being very extensive here, the land is named thus. It is a great place for trekking and it is heaven for those who love to feel oneness with nature.

At an altitude of 2000 feet, Pragpur, the first heritage village in India, offers spectacular views of Kangra Valley. Everything about Pragpur is interesting; natural beauty, rich culture, historical importance, friendly climate, beautiful greenery, easy access and anything you would consider when you travel to a place.

Sirmaur is located in the south-eastern part of the state. The district is famous for its peach, which is from Rajgarh region, famously called the Peach Bowl. Fossils aging 85 million years have been found here.

A mountainous area, ranging in altitude from 2,320 to 6,816 meters, Kinnaur is one of the smallest districts in India by population. It is famous for the Kinner Kailash, a mountain sacred to Hindus, close to the Tibetan border. Most of Kinnaur enjoys a temperate climate due to its high elevation, with long winters from October to May, and short summers from June to September.

How to reach Himachal

There are three main airports in Himachal at Jubbarhatti near Shimla, Gaggal near Kangra and Bhuntar near Kullu.

Being a hilly state and with difficult terrain, it is not connected by trains except for two narrow gauge rail lines between Kalka - Shimla, and Pathankot - Joginder Nagar.

The term “land of gods” or as called in the native language of Himachal Pradesh, “Dev Bhoomi” means that it belongs to the gods. Himachal Pradesh is very diverse and rich in its culture and there are many gods and goddesses, who belong to its ancient rituals and traditions. There are thousands of temples and holy places in Himachal and some of them are :

The Land of Gods is a perfect name for Himachal as it consists of many temples, God's and Goddesses, which cannot be found anywhere in the world. The diversity of the culture and the ways of people to live with their ancient traditions and cultures cannot be found anywhere else. The Himachal is truly an incredible and unforgettable religious place and has to be visited at least once in a lifetime.

The Fairs and Festivals in Himachal Pradesh are the time for the people of the state to take a break from their tough and harsh schedule to make their life-hospitable in the hilly terrain. Himachal Pradesh Festivals are associated with religion, trade, season and sports. There is much folklore connected with the beginning of each festival. These fairs offer a clear glimpse into the lives, the beliefs and the popular customs of the rural life in Himachal. Some of those festivals are :

These Fairs and Festivals in Himachal Pradesh are the best way to get close to the local life of the state. The festivals sometimes mark the beginning of seasons. Many Sikh festivals like Baisakhi and Lohri are also celebrated largely here and the tribals have their own festivals here.

Himachal Itself is a destination so vast that it will be impossible to cover it entirely in a limited time frame of an occasional traveler. But for those with an explorer's heart, its surroundings are a boon in itself. Some of the nearby destinations are : 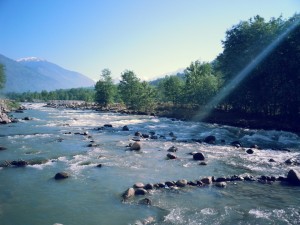 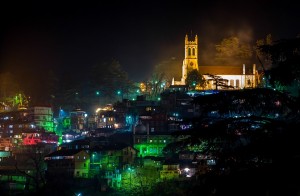