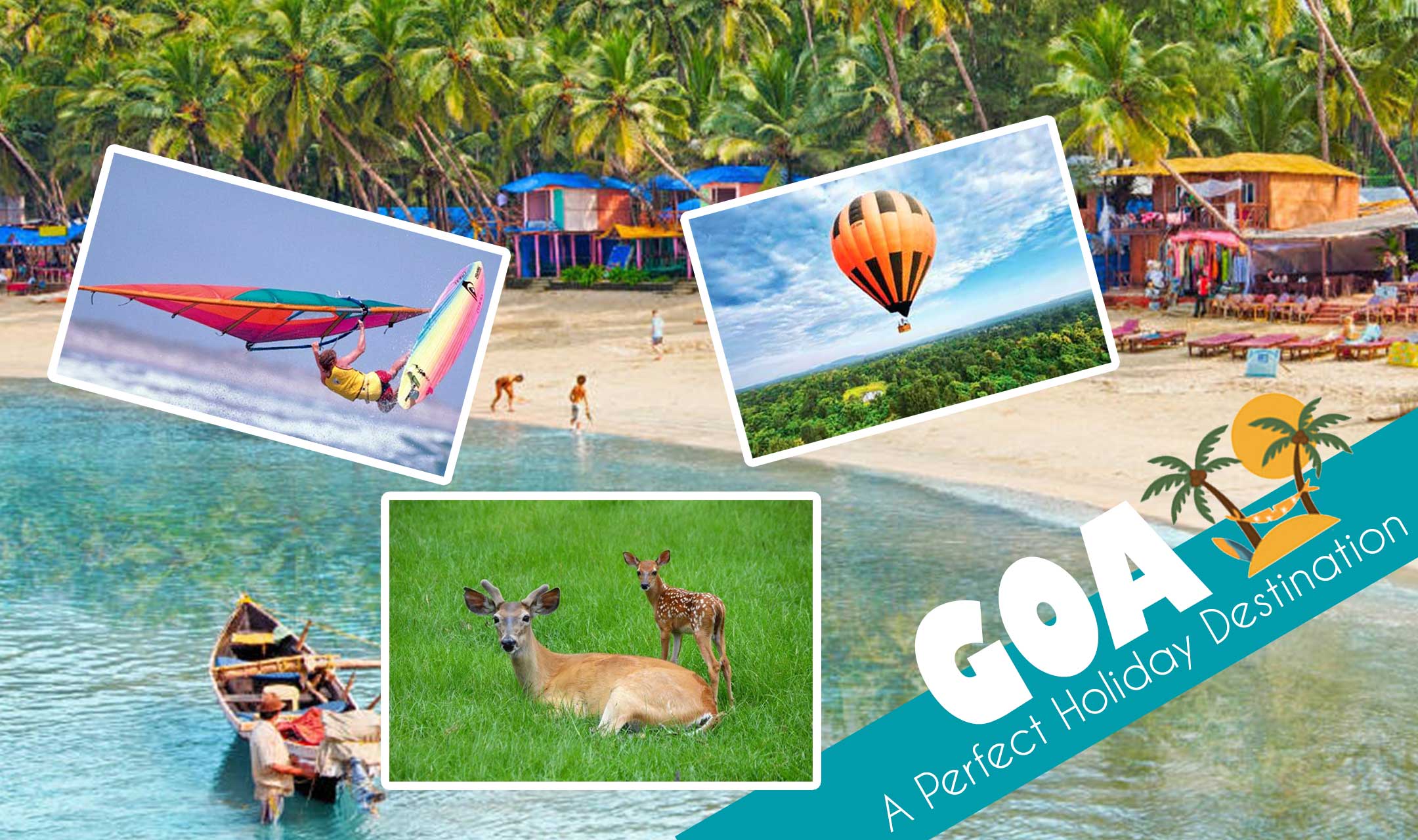 Variously known as "Pearl of the Orient" and a "Tourist Paradise", the state of Goa is located on the western coast of India in the coastal belt known as Konkan. The magnificent scenic beauty and the architectural splendors of its temples, churches and old houses have made Goa a firm favorite with travelers around the world. But then, Goa is much more than just beaches and sea. It has a soul which goes deep into unique history, rich culture and some of the prettiest natural scenery that India has to offer. Much of the real Goa is in its interiors, both inside its buildings and in the hinterland away from the coastal area.

Panjim is the state capital of Goa and the administrative headquarter of North Goa District. This is a beautiful coastal town adorned with churches and cathedrals and a string of beaches. Panjim's biggest draw is the Carnival celebration in the month of February which includes a colorful parade on the city's streets.

One of the topmost of places to visit in Goa, Dona Paula Beach bears resemblance to the great Taj Mahal. How? Well, similar to Taj Mahal, Dona Paula beach of Goa is a perfect testimony of true love.

On your Goa visit, don't forget a trip to Aguda fort. This fort reveals a lot about the history of Goa. A spring within the fort provided water supply to the ships giving it the name "Aguada" (meaning 'water' in Portuguese).

Old Goa is one of the important places to visit in Goa due to its historical significance. It was the former capital of Goa under the 350 years of Portuguese reign. It is a UNESCO declared World Heritage Site due to its Renaissance architecture which can still be witnessed in the monuments and churches of the region. A visit to Old Goa just cannot be missed out on your Goa visit.

Churches are one of the most visited places to see in Goa, especially those located in Old Goa. Old Goa is actually a world heritage sites along with the various churches there. Amongst these churches is the Se Cathedral.

Another of Goa churches that draw tourists in large number is the Chapel Of St. Francis Xavier. Visit Goa to pay your tribute to St Francis of Xavier, one of the famous places to visit in Goa.

Margao is the second largest but busiest town of Goa. It is the administrative headquarter of Salcete Taluka of South Goa district. This commercial capital of Goa is bedecked with a number of popular places to visit like the Portuguese style mansions, Catholic churches, and temples.

A hot season retreat for Margao's moneyed middle classes since long before Independence, Colva is the oldest and largest of South Goa's resorts.

In Sanskrit known as "Banali", it was later corrupted by the Portuguese to Benaulim. It lies in the center of Colva Beach, 7-km west of Margao.

Mapusa is the capital of Bardez Taluka and third largest town in Goa. It is mainly a market town and famous for its Friday market. Here, you will come across local Goan women dressed in colorful attires selling their locally grown produce or manufactured wares.

Ponda is the capital of Ponda Taluka in the North Goa district. It is famed as 'cultural capital' as well as the Hindu heart of Goa. Top places to visit in Goa Ponda include five highly revered temples of the Hindu community and the largest mosque of Goa.

How to reach Goa

The two major railheads in Goa are Madgaon and Thivim, which are well connected by trains from all over the country.

A  number of public as well as private bus operators in Goa, which offer options for intra-city and inter-city conveyance. KSRTC, MSRTC, and KTC are some of the Government undertakings that operate from Panaji, Madgaon and Vasco Da Gama. Private bus operators include the likes of Neeta Tour and Travels, Paulo Travels and Naik Tours and Travels. Goa enjoys daily bus service from important cities like Mumbai and Pune.